Actor and humanitarian Danny Glover had a great time at the Rye Town Hilton attending Saturday's 100th Anniversary Gala for the Mount Vernon Boys and Girls Club. More than 700 guests attended, raising $350,000 for the organization's programs.

Danny Glover stepped in to present awards to many of the night's honorees when actor Denzel Washington was unable to attend.

Highlighted by powerful performances from Westhab youth participants, the Westchester-based band We Stole The Kids, and a spectacular set by music star Matisyahu, audience members were treated to a night of amazing music and energy.

The son of Westhab President & CEO Bob Miller, Matis continues to support Westhab in a big way. Thanks to Matis, We Stole The Kids, and the inspiring Westhab performers for making the night so memorable. Westhab raised $25,000 of critically needed funding to support our programs for homeless and at-risk youth.

The Revelators weekend celebration of 37 years included workshops, meet and greet and the beautiful banquet. Revelators and the Alumni showed up and filled the banquet hall with the presence of God. Charles Clayton preaching was outstanding and words could not describe the anointing behind it.

Since 1955, the Westchester Section of the National Counc  il of Negro Women (NCNW) has worked to honor the legacy of Dr. Mary McLeod Bethune by addressing the needs of African American women. In keeping our commitment to community service, we have partnered with the American Cancer Society to celebrate breast cancer survivors and their caregivers and to raise awareness about breast cancer in the African American community.

​"Revelators" awe many during Christmas performance at Doles Center

Marion Jones Archer is an African dancer who teaches dance at the Boys and Girls Club and is the founder and director of the Revelators Dance Troupe. She has been volunteering her services at the club for an incredible 32 years. On Sunday, December 9, her talented dancers awed a capacity crowd at the Mount Vernon Doles Center’s theater with a spectacular Christmas dance extravaganza that helped kick off the Holiday Season for the many in attendance.
The two-part performance, A Christmas Story in Dance, was written by Elizabeth Jeffrey and Michelle Moore, and was directed and choreographed by Archer and Michelle Moore, retelling the nativity scene.

Archer and Moore teamed up hoping to do some good via dance in a manner in which everyone - dancers and non-dancers alike, could enjoy. Not only did the performers enjoy what they did, but the audience showed their appreciation as well with continuous applause.

Archer has an impressive bio that goes back to 1976, when she developed an after-school program that would help keep kids away from teenage pregnancy, drugs and crime. Bridging dance with her passion for ministry, she discovered an unusual concept that grew into what some may refer to as "praise dance" today. Although the fusion of ministry and dance raised eye brows amongst most traditionalists, the after-school program demonstrated a significant ability to attract and retain neighborhood kids. As a result, the program grew and steadily adapted to meet the needs of the creative, spiritual and learning communities.

In 1986, the Revelators began to attract a new audience - boys. The rhythms and tremble of traditional West African Guinea style dancing lead curious boys to the peak hole of the company rehearsal space. Although traditional African Dance challenged their bodies, the unusual command of the Jambi and Dun Dun drums captured their hearts and minds.

Throughout the years, The Revelators have ministered to various sectors of government, education, corrections, and civic services. In 2008, The Revelators earned a non-profit status and expanded arts programming to include dance workshops, stage management training, light design, and sound technology- for little to no charge at all.

The Revelators dance at Mt Vernon Heights in tribute for Health & Wellness October 19, 2013

Which honored those who had a battle with cancer, like Shirley Wallace who lost her fight. Where She was chair of this committee.

Featuring: “ The Revelators” with a Message of Hope/Sponsored by the Arts Westchester -Elder Marion Archer/Survivor & Director
​
Featuring: Spencer Warnock, Certified Personal/Group Trainer
​
“A Healthier view makes a Healthier You”
Rev DeCohen, Pastor, Rev. Marian Buckman, Asst. Pastor
CANCER AWARENESS PROGRAM
Denzel Washington in Broadway’s resonant new “A Raisin in the Sun” 2014
NEW YORK–After a lukewarm stab at “A Raisin in the Sun” a decade ago, director Kenny Leon has returned to Lorraine Hansberry’s definitive story of African-American aspiration with a potent new Broadway revival starring Denzel Washington and Anika Noni Rose that reaffirms its place in the pantheon of great American drama.

In his second crack at Hansberry’s 1959 masterwork–a dry-eyed examination of the fissures in a poor Chicago family aching to escape the reminders of want in their cramped, tenement life–Leon in concert with his cast finds the driving rhythm of bitterness that suffuses the work and in particular, the character of Walter Lee Younger. Washington is, in fact, older than Younger by a couple of decades. Nevertheless, the actor gives a sterling account of Walter Lee’s careless sourness, an aura of self-defeat that renders utterly credible the decision he makes that all but scuttles the family’s rise to middle class security.

y experience of writing this gigantic live musical production that is Revelator’s Motown My Way is just as similar as writing a movie, as long as you have a protagonist, a goal, and some obstacles that he/she must face in order to reach that goal. What I really love about writing this play is that it fallows a cycle narrative structure called the hero’s journey structure.   This is where the hero goes on a journey to find herself in a new world as she explores outside of the ordinary world that she originated from. She faces trials, makes some allies or enemies, and after facing the abyss of her journey, she transforms maturely from her old-self to her new self. Later, the protagonist becomes the master (or mistress) of two worlds, both the old and new.
​This is the hero’s Journey structure that is evidenced in Motown My Way and it’s the most important element in storytelling. Hero’s Journey is not only found in plays, this structure is found in every movie, every TV show, every piece of literature, every scripture from the Bible, and especially in real life. Everyone experiences hero’s journey in his or her lives because it’s a never-ending process of growing from childhood to adulthood. And that’s exactly what Motown My Way is about. 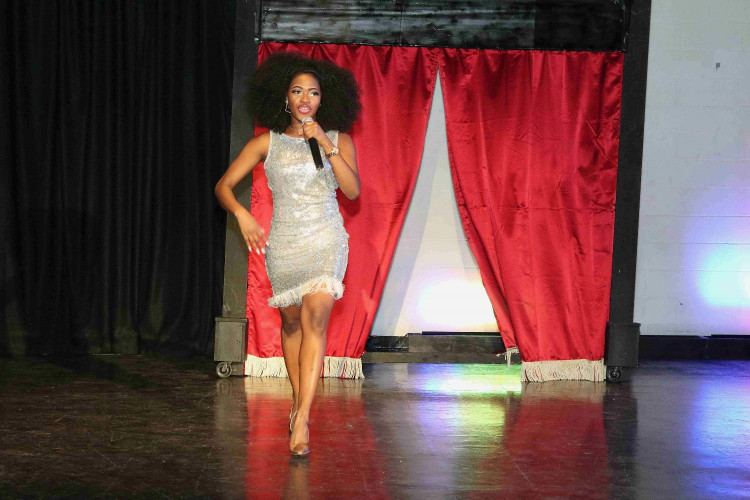 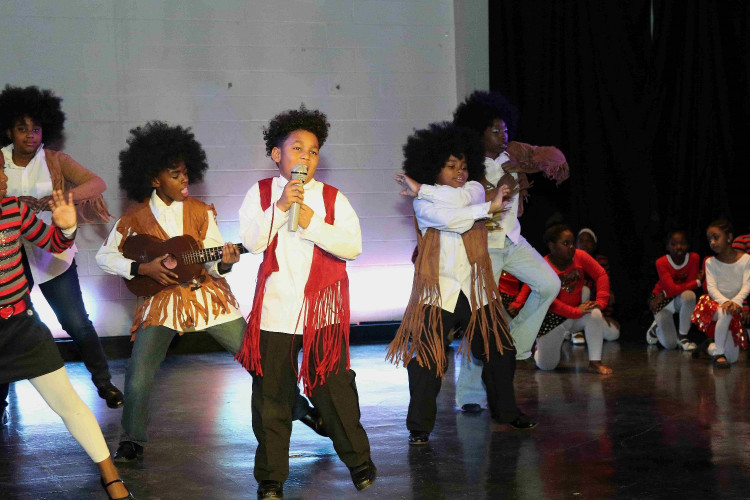 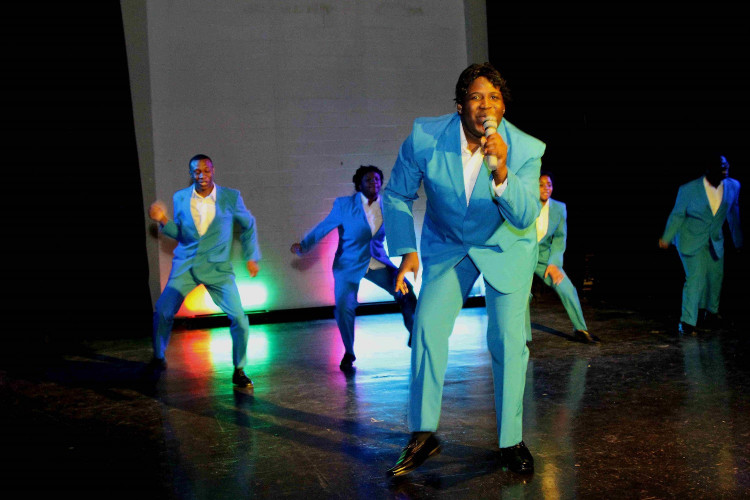 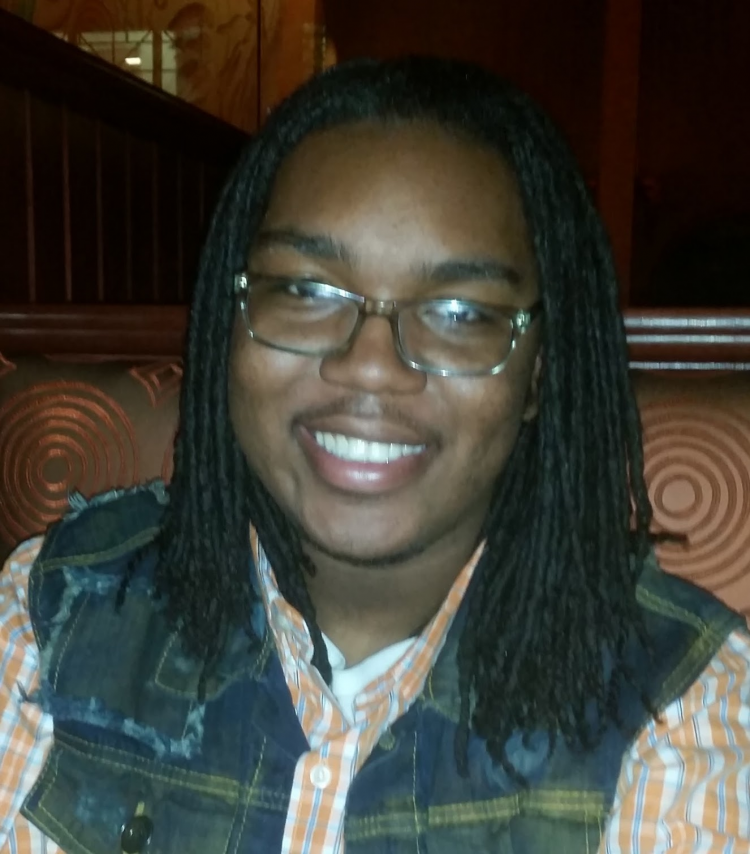